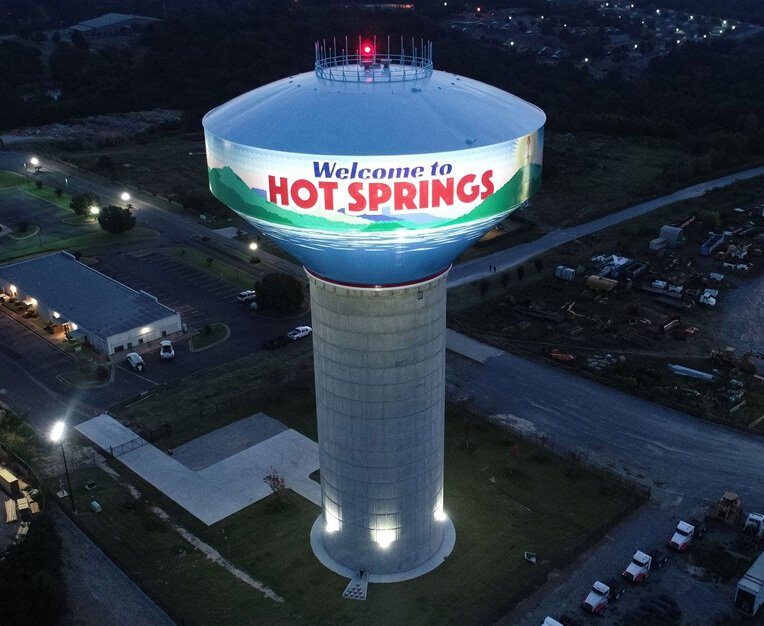 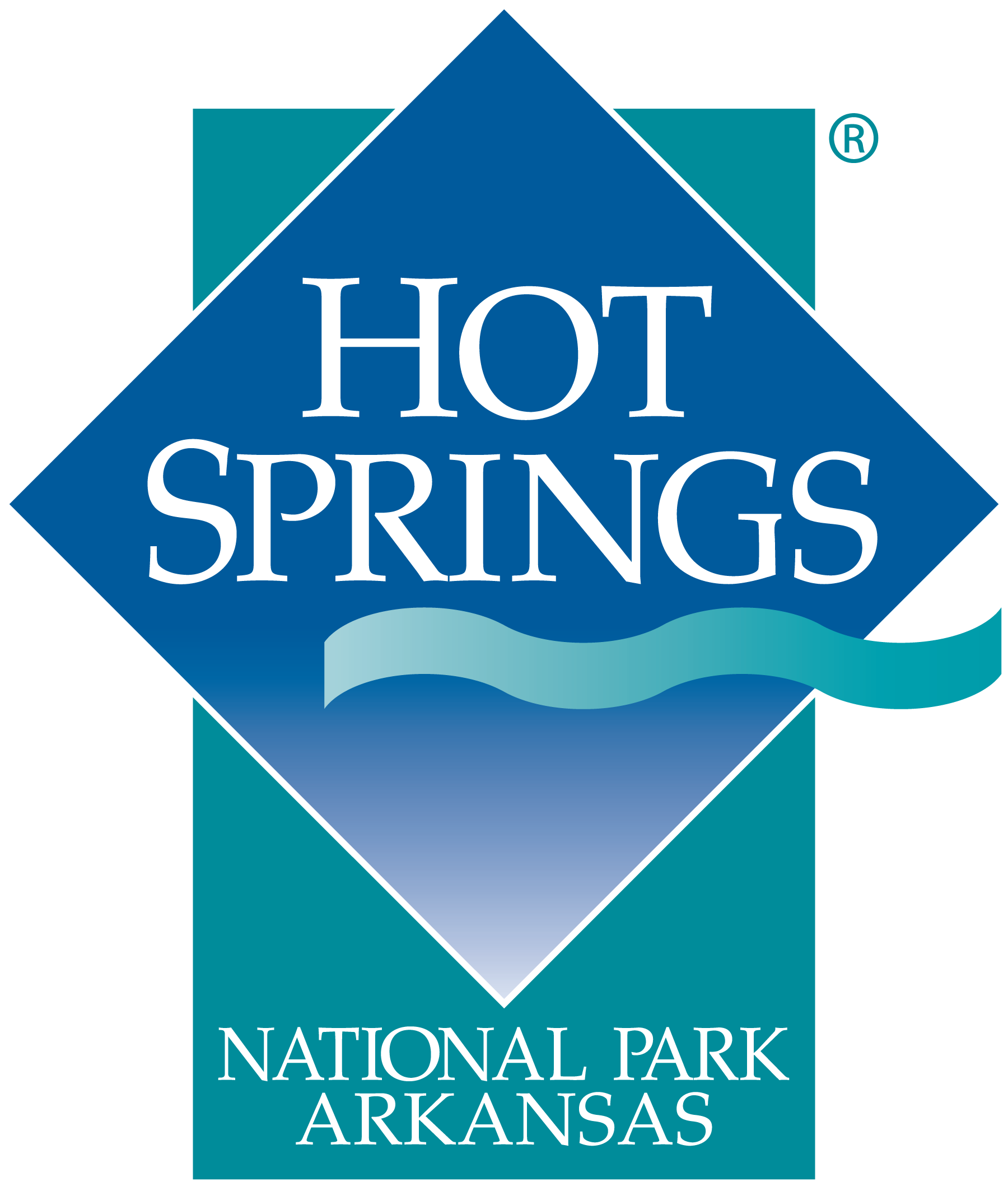 The main goal was to add potable water storage to the Hot Springs water distribution system by constructing a new elevated water storage tank. The new tank will help stabilize pressures and add redundancy throughout the distribution system by providing more buffer to offset periods of peak water system demand. The new tank needed to be centrally located within congested water system demands and in relatively close proximity to a large transmission main. Easier said than done. See project challenges.

A side goal was for the new tank to serve as a beacon of community pride for the City and surrounding areas.

The size and central location of the tank allowed the City to take full advantage when it came time to paint the tanks exterior. After much thought and careful consideration, the city elected to replace the tank logo with a colorful mural depicting the surrounding lakes and mountains. The mural was painted on the steel tank bowl using Tnemec paint and is expected to last 25+ years.

Finding a suitable location for the tank was by far the biggest challenge. The search for a tank site began in 2016. 10 other tank sites were evaluated and submitted to the FAA for approval due to the 200 ft tall tank being in such close proximity with the airport before the final site was chosen. As stated previously, the tank needed to be located in close proximity of a large transmission main and most all of the real estate on and adjacent to Hwy 7 (Central Ave) have already been spoken for.

Another major issue stemmed from receiving bad geotechnical data. The tank was initially located on 30 feet of fill material. This was discovered during excavation for the tank footing and resulted in having to relocate the tank around 35 feet. Luckily, construction of the tank footing which is comprised of approximately 100 concrete trucks worth of concrete had not yet begun.

The structure had already reached its greatest height by the time COVID-19 hit so the project was not largely affected by the pandemic. Although minor delays have occurred with portions of the work involving subcontractors.

of our team? See our career